Knowledge-sharing and strategy-building in the Czech Republic

As part of the ENgage project, which looks at bringing environmental NGOs closer to standardisation, ECOS Programme Manager Lindsey Wuisan gave a presentation in Prague, to raise awareness on the importance of ecodesign and standardisation, at the national standardisation agency CAS. 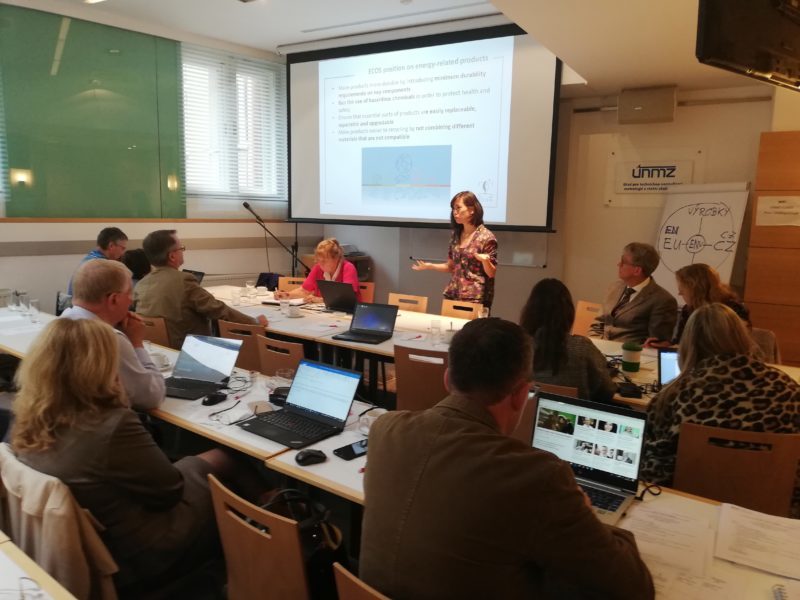 The meeting is the second workshop in the series of eight in the three-year ENgage initiative. The capacity-building workshops are planned to take place in all the countries involved in the project: Romania, Bulgaria, Former Yugoslav Republic of Macedonia, Lithuania, Latvia, Malta, and the Czech Republic.

The following days were dedicated to meetings of the CEN Strategic Advisory Body on Environment (SABE), where ECOS contributed to the discussion on how the standardisation agenda could be more aligned with the new programme of the European Commission.