2020 saw the culmination of a few years’ advocacy work: and we have paved the way for a greener, less polluting building sector. The standard EN 197-1, which specifies cement composition, and that we argued was obsolete, has now been supplemented by a standard re-written to include lower-carbon cements, which is set to be a driving force for increased demand for greener alternatives. 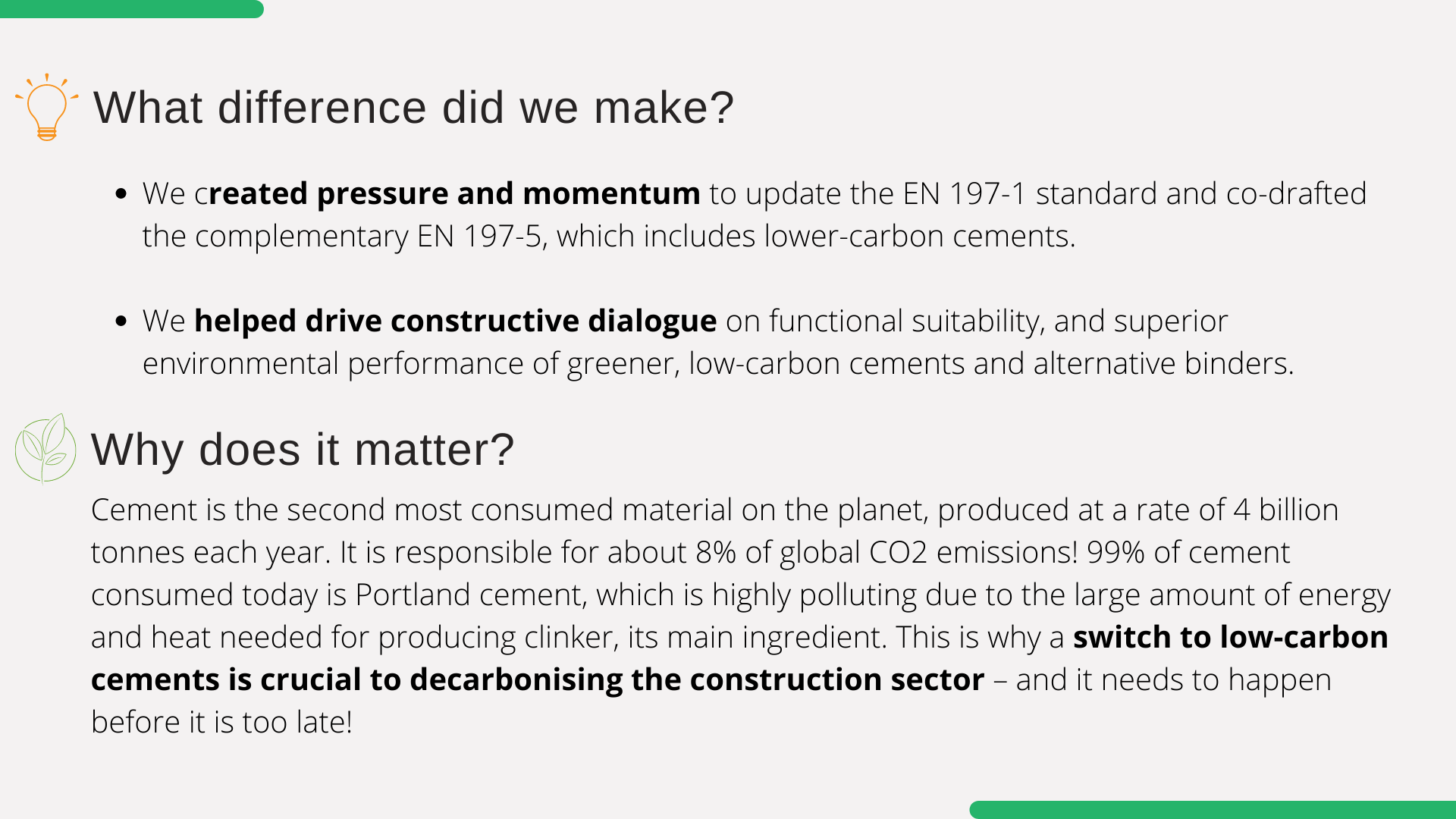 Cement is obviously a very useful material, an essential ingredient of our roads, bridges, and buildings. However, its production is highly polluting, releasing large amounts of GHGs into the atmosphere.

From grey to a shade of green

ECOS set out to change this status quo back in 2017, when we started advocating for a progressive, performance-based standard to avoid persistent lock-in and drive the market forward for low-carbon cements and alternative binders.

While this new standard is yet to be created, we managed to drive the drafting of an important update to the existing one, which will include all lower-carbon CEM II/C-M cement combinations – including the so-called LC3 cements (short for limestone calcined clay). These cement combinations enable up to 50% clinker substitution, resulting in substantial carbon emissions reductions. Clinker contributes up to 94% of the total CO2 footprint of cement products, so dealing with its negative impacts is key.

Driving a market change, first in Europe, but also internationally

The new standard EN 197-5 is now ready for adoption at national level. Similar to its predecessor, it will likely also be used beyond Europe, creating decarbonisation potential globally.

The new standard provides a reliable drive for market uptake and increased demand for greener cements, which sends positive signals to industry wanting to invest in this class of products.

We are hopeful that this is a step towards the adoption of an entirely performance-based approach to standardisation that can open the door to many more cement types and alternative binders in the future.

ECOS will continue to advocate for a performance-based approach to cement standards with the aim to dramatically reduce overall clinker use and the associated carbon emissions of the cement sector.