The European Parliament, EU Council and European Commission will have the second trilogue negotiations on the revision of the European tyre label early next week. 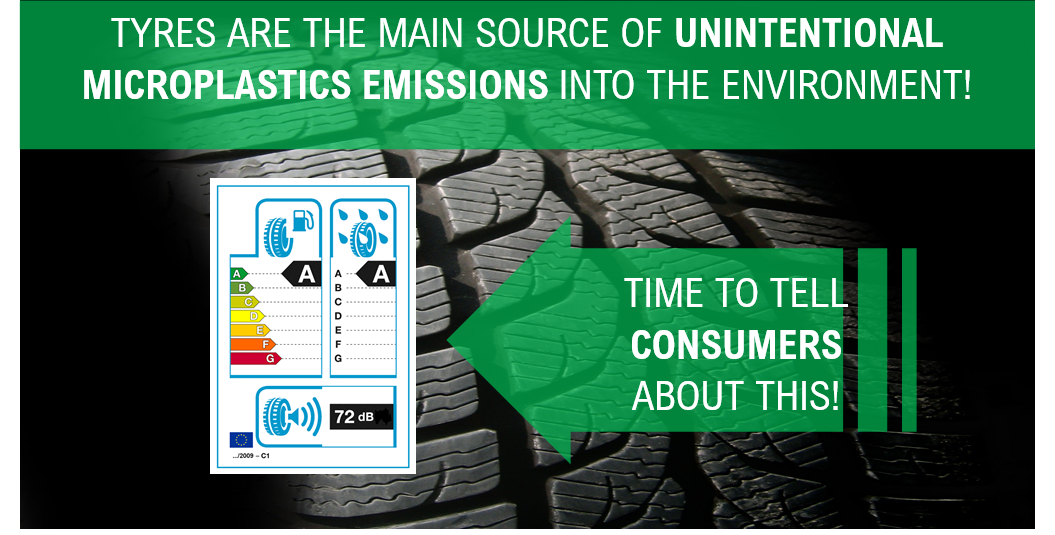 Back in March, when the first discussions took place, NGOs were highly disappointed with the fact that the Parliament and Council significantly delayed the possibility of including abrasion information on the label, foreseen only for a future revision once “relevant test methods are available”.

This is particularly distressing, as microplastics emissions from tyre wear and tear amount to an annual 250,000 and up to 500,000 tonnes of microplastics pollution in the EU, and account for 5-10% out of all plastics found in the ocean. It is about time EU decision makers kickstart concrete action to mitigate these effects, and a first step is to include abrasion as a parameter on the tyre label.

The EU would not be starting from scratch: international test methods from ISO and ASTM are already available and provide for methods to determine the amount of tyre wear shed during use. These can be used as a basis for the development of a European method.

We call on Member States and the Parliament to take action on microplastics from tyres NOW!