Join us in the fight for the right to repair your smartphone: Sign our petition!

Smartphones have rapidly become one of Europe’s most wasteful, resource and carbon intensive product groups. ECOS has co-launched a petition asking the European Union to give people the right to repair their smartphones by introducing minimum design requirements for manufacturers. 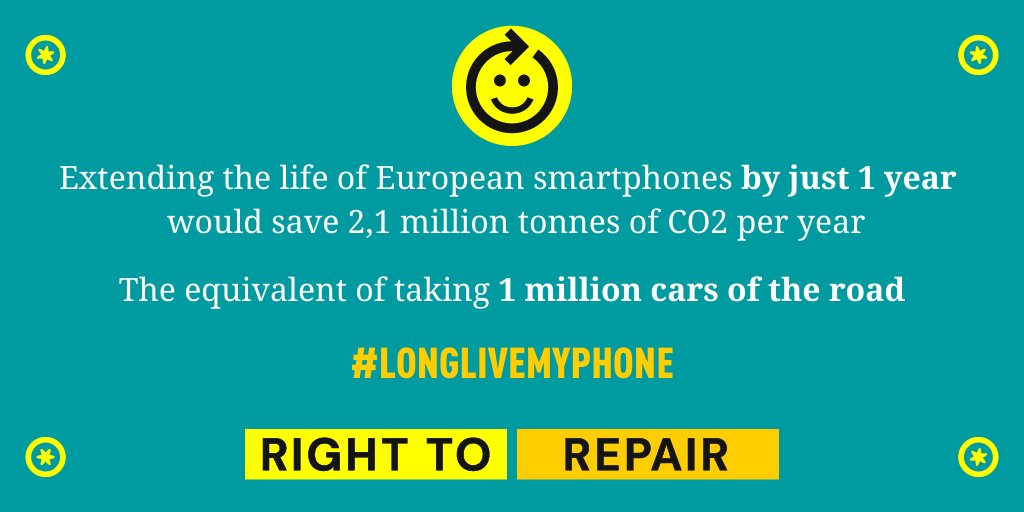 The annual climate impact of Europe’s stock of over 600 million smartphones is more than 14 million tonnes of CO2 equivalent, more than the annual emissions of Latvia. That is little surprising – the ubiquitous mobile devices tend to have a shorter average lifetime than other household electronics and ICT products, with most phones being used less than three years before being replaced. Each year, more than 210 million phones are sold to feed Europe’s thirst for new devices – equivalent to 6 new ones every second.

ECOS, together with partners in the Right to Repair campaign, have started a petition for the EU to put an end to today’s throwaway culture and make our devices last longer. We call the EU to introduce minimum design requirements that would enable easier repair of smartphones and thus significantly increase their ever-shortening lifespans. Manufacturers, we believe, should be required to:

The time could not be better. The European Green Deal adopted last year set Europe on course to put an end to the built-in obsolescence of devices. The forthcoming publication of the European Commission’s new Circular Economy Action Plan and the subsequent unveiling of its plans in the ecodesign space later in the year provide a real opportunity for concrete action to be taken to make the right to repair our smartphones and other electronic devices a reality. That is why we stand up to make our voice heard and invite you to do so too.

Join the fight for your right to repair and sign the petition here: https://repair.eu/smartphones/